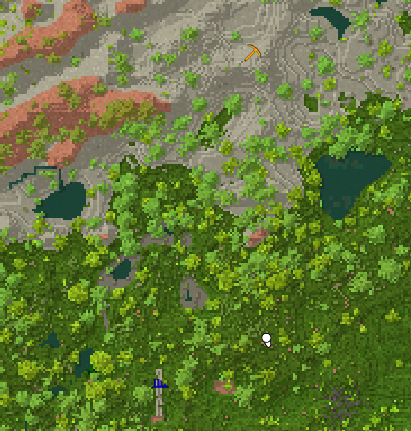 The World map does not yet support all the features one would be used to from other in-game mapping tools. However, it is still very handy

You can enable an overlay that shows you your current position (relative to the center of the world, for more info see coordinates).

This option is under Settings -> Interface -> Show coordinate overlay

Use the mouse button on the map, type the name of the waypoint and choose an icon.

These commands add, list, or edit the players waypoints:

The color may be any named .NET Color or a Hex Code.
Possible Waypoints icons are: Circle,

Vessel.
The [pinned] field requires a "true" or "false", and it decides if the waypoint will appear even if it's outside of your currently viewed map, or not.