This page contains spoilers. If you do not want the game's story spoiled, go back!

Tapestries are painting-like blocks that depict parts of the game's story. There are 18 tapestries. All but one have unique descriptions that are added to the player's journal when they look at a tapestry.

The wolves here are incredibly territorial. What could have changed to make them this way? Can they sense something we can’t?

They’re always waiting for us, just beyond the walls. I had thought our work would free humanity from our self-made burrows. Yet still we find ourselves huddled together, fearing what’s just beyond sight. 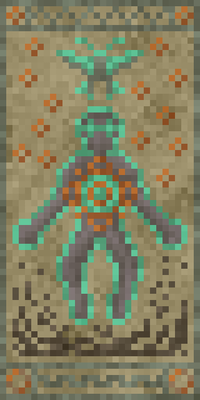 They worshipped him as a savior. He wanted none of it. Imagine the weight of all humanity upon your shoulders. How could anyone withstand such a thing? 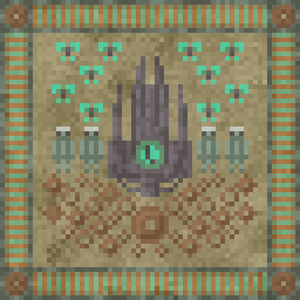 There was a turning, at some point. A change in the air. The people began saying such things as “We may yet survive”. Perhaps they started to sense it: the majesty of his work. The genius of his Machine.

It left nothing behind. Not harvest, not livestock, not arbor nor stream. Not child nor mother. When it came, you could only run and pray you did not see it again. 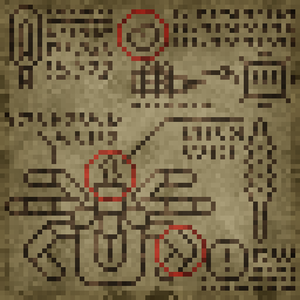 “A device to dig and organize materials. Think of it as a little helper.” One of his first automatons. They were precocious little things, always jittering about. Many of us took them as pets: a jolly companion for the workshop or the dig. 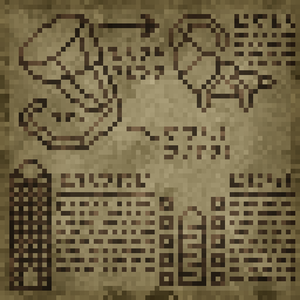 “A device to communicate, record, and call for help. We’ll need to stay organized.” An unpleasant worm. Detested by commoners and nobles alike, for it was always watching. The workmen adored it, however. The bell became a sign of good luck for them and an assurance that help would surely come should the tunnels give way. 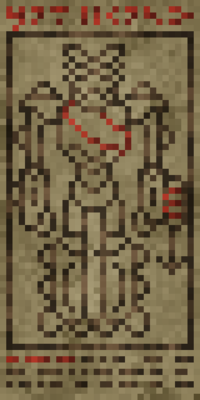 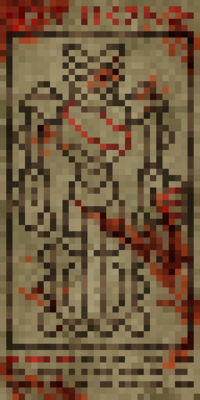 “A mobile colossus for scaffold and hoisting. May they inspire our tired workmen” When they first started moving, the crowds almost panicked and fled. But eventually a cheer went up. Finally we had made something greater than ourselves. 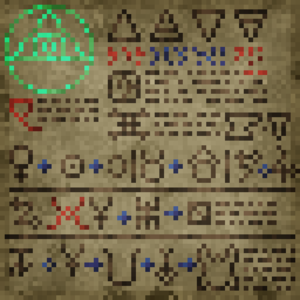 “With the prima materia, all is possible” I’ll never know how he found it, but that discovery changed everything. We became sorcerers. Miracle workers. An essence, long theorized, that opened up the possibility of heaven on earth. 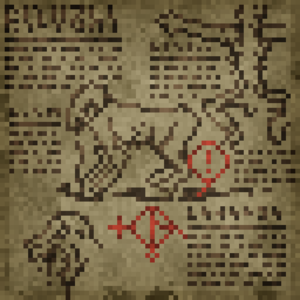 I’d heard rumors of these creatures, back then. When the sickness reached the brain, it sometimes led to extended bouts of madness; a patient in the lazar house might suddenly rage against those around them. In the case of beasts, it led to these wandering monstrosities: Skin sloughing off, full of rage and fear, they mindlessly attacked anything around them. Naturally, any survivors of such an onslaught were likely to contract the Rot as well.

To think we would have a chance to fight again. I do not know why we are returned to this world, but I am grateful. 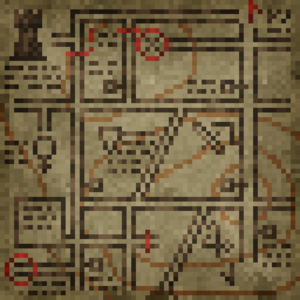 They were a grim lot with a heavy burden: to uphold some semblance of order in the depths. This looks like a strategist’s map. It reveals a section of the tunnels, covered in symbols and etchings. Each one marks a cache of water, a hidden guardpost, or suspected rebels.

Banner of the Forlorn Hope 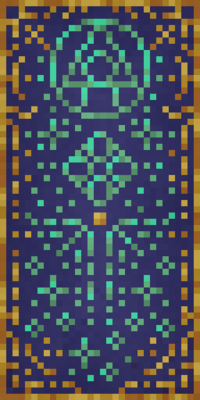 They declared themselves the vanguard. Swords raised, oaths taken; they swore a heavenly charge against our foe. It was a challenge of will and ingenuity.

The last great battle of our time was fought not between two belligerent nations, only two desperate remnants of humanity. Those who desperately sought entrance and those who must deny them. Rot amongst the besiegers; soon rot amongst the besieged. The knights rode out one last time and were dragged from their saddles. 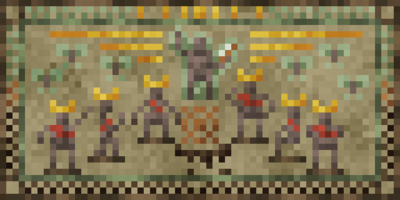 How they must have quaked then. All those crowned heads with eyes wide and furrowed brows. Asked by a mere scholar to cast aside the endless work and slaughter of their forefathers. The hoards of wealth and banners. And yet, case aside they did.

Paupers and kings; craftsmen, soldiers, and clergy. All petty distinctions in the face of oblivion. 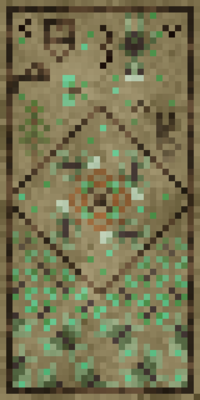 In private he spoke of a world unhinged. Unbound by the geas of reality. “It is a place of wonders, my friends. And yet, I ask for caution — lest we see our own world changed in kind.”